When you started the new map, you might have wondered about the unnaturalness of the city's river, which was blocked in the middle of the city, hoping it would be connected. 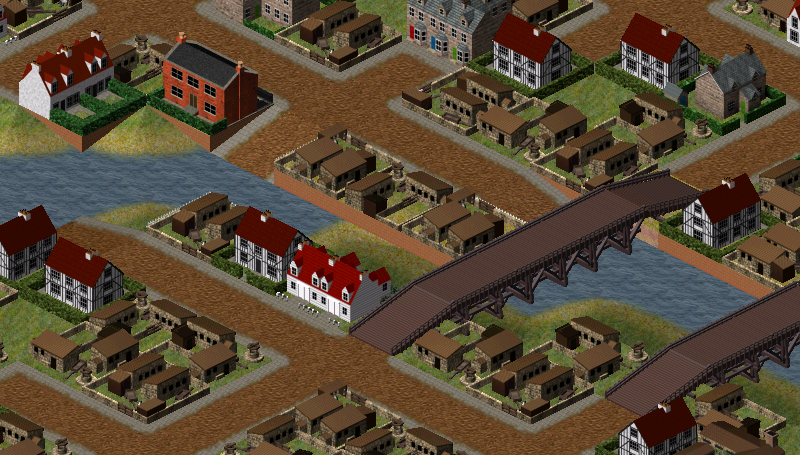 Especially often overlooked is this clever way of obstructing the river. 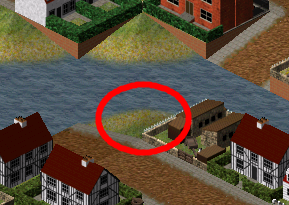 This is called a double trap, where a prominent trap makes it harder to notice another trap.

The point here, after all, is to note that the second trap is also caused by a barbarian city - check the animated gif below.

As you can see from this animated gif, this is caused by the extension of the road as the city grows. The player may feel indignant at the **** barbarism of such a city. This can detract from an enjoyable gaming experience.
The houses built on what used to be a river are merely taking advantage of the new slopes created by the city.
The world cracks down very hard on not providing alternative roads, but itself does not provide alternative rivers... It's not fair.
When extending a road, I think it is problematic to change the ground with a land tool instead of building a "slope".

This is a problem specific to extended, since standard cannot generate such a river.
Title: PR#495 - FIX: the outrage the city cuts a river without any alternative river
Post by: [C] Ranran on February 13, 2022, 02:49:33 PM
The code that is causing the problem is the same as standard. However, in standard, a continuous "ocean tile" is created in the inland area and a river is not created, so such a situation does not occur.
I don't see any inconvenience in removing the relevant code. Rather, the situation of building too many bridges seems to have improved and become more realistic.
I have pull-requested this fix. Check the pull request #495.
Please make sure that this fix does not have any negative effects. Hopefully this issue will be fixed. Thank you.
Title: Re: The growth of barbarian cities will block rivers and stop the flow of water
Post by: jamespetts on February 17, 2022, 11:09:35 AM
Thank you for this - now incorporated.
Text only | Text with Images